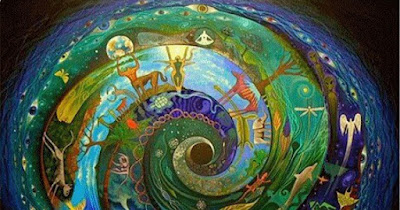 *
Human intervention in an attempt to “adjust” the presence of life  in nature  has become so heavy as to endanger human existence itself. In fact, control over other species also involves humans, who are not separated from the animal world.
The rules of life are very simple, each species both plant and animal has a mutual interrelation with its habitat and with all the species that share it. Plants need animals for their reproduction and propagation, herbivores are controlled by carnivores and so a balance is maintained between environment and its inhabitants.
But where man is intervention immediately this balance has been lost. We have seen this with the increase of desertification of North Africa and the Middle East caused by an exaggerated  growth in domestic breeding and transhumance. This more the hunting habit towards species considered harmful or – to the contrary – useful to the human economy have transformed so much the habitat to make it unrecognizable … All this in the past happened almost imperceptibly, since the events described above they lasted for long periods of time, centuries, if not millennia, and it was quite difficult for man to recognize its effects (related to his behavior).
The current situation is very different. Today, human intervention has an almost immediate consequence and one can not help but consider the causes – as well as the closely interconnected effects – of environmental changes in progress. Where man intervenes immediately nature and life recede ..
Even where man tries to make up for the ills of his work there too he combines worse woes. We have seen this, for example, with the policy of the artificial repopulation of faunal species that disappeared in a given bioregion and recovered in other places on the planet to be re-introduced. This environmental recovery policy is indeed deleterious. The damage caused to the habitat by the introduction of non-native species is enormous. So much so that, from time to time, with the excuse of overpopulation, we invent shoots for the containment of these species.
Actually my impression is that this environmental policy is only functional to other interests … that are not those of nature. Nature, if left to itself, always finds a way to harmonize itself, creating a swing of presences between predated species and predatory species  but where man intervenes, chaos appears … But it is impossible that nature is left to herself, man should disappear.
The human species has increased numerically and has no predators, nor the large epidemics that centuries ago decimated the population, and to feed all these people, carnivores or vegetarians, however, leads to an alteration of the natural habitat.
From time to time decisions by various institutions are issued to bring down a certain number of wild animals declared “in excess” in a certain area. Deer, roe deer, wild boar… etc. This fact causes every time a media and political fuss, extrinsic in the game of the parties. That is the antagonism between hunting associations on the one hand and animalist associations on the other, with institutions in the middle trying to satisfy both, knowing that it is all fiction and that the wildness and defense of life or the right to hunting they are only functional to the expected income (tourism or meat, or both).
The truth is that the “wild” have been “placed” on the territory not for their own good but for speculative purposes, they are not dissimilar from goats, sheep, pigs, etc. bred by humans. But how to make a reasonable speech with so many guys talking? The fact is that you have to be very careful about the number of ungulates or warthogs that graze in a territory, this not only in the case of crude man-made defenses, but also for the wild pseudo that are introduced, these beasts are not today subject to natural crippling caused by predators. Here in Italy the wolf, the lynx and the bear are practically extinct and in the woods the roe deer or the deer have no natural enemies that limit their proliferation, so “must” resort to hunting.
And the deterioration in the relationship between man and animals leads to the deterioration in the relationship between humans and the habitat, this game of the parts damages all citizens and nature itself that is continually manipulated for and against this and that. In short, a business pretext in a society that does not consider the animal differently from any surplus-value.
I personally am a vegetarian but I am also an ecologist and therefore I am not in favor of the introduction of new species in nature, and this is why I believe that hunting should be completely banned in Italy for the simple fact that it is a useless “vicious” exercise absolutely harmful.
For hunting is not a free and natural activity but a kind of game of repopulation and killing, a sadistic and cruel fun. But even rearing cattle and poultry should be rethought. Only allowing it to be in the wild or semi-wild and limiting the number of animals in consideration of how many can live on pasture in a given fund, thus rebalancing the cyclicity of the animal presence with the agricultural use of the territory. 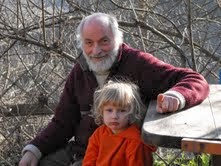